The experience of light

A considerable body of research shows that people prefer daylit spaces to those lacking natural light. Why should this be? If there is sufficient light to see, why would people prefer one source to another? To answer this question, we need to understand the evolved relationship between humans and natural light.

Daylight from an evolutionary perspective

Prior to the advent of buildings, humans lived immersed in nature. Daily activities were aided or constrained by the presence or absence of daylight and by qualities of light that signalled time and weather. Our physiological systems – especially our sleep-wake cycles – were in synch with the diurnal rhythms of daylight, as were our emotional responses to light and darkness. The strong, consistent preference for daylight in our built-up environments today suggests that evolutionary pressures are likely to be influencing our responses.

There is an innate need in human beings to be in touch with nature. The acceptance of buildings is therefore crucially dependent on the extent to which they enable contact with external surroundings.

Although all our sensory systems acting together were important to survival, the visual system is our primary mode of gathering information. Thus, light must have played a powerful role in information processing and survival. In ancestral habitats, light was likely to have had several key functions that are relevant to the design and operation of built-up environments. These include: 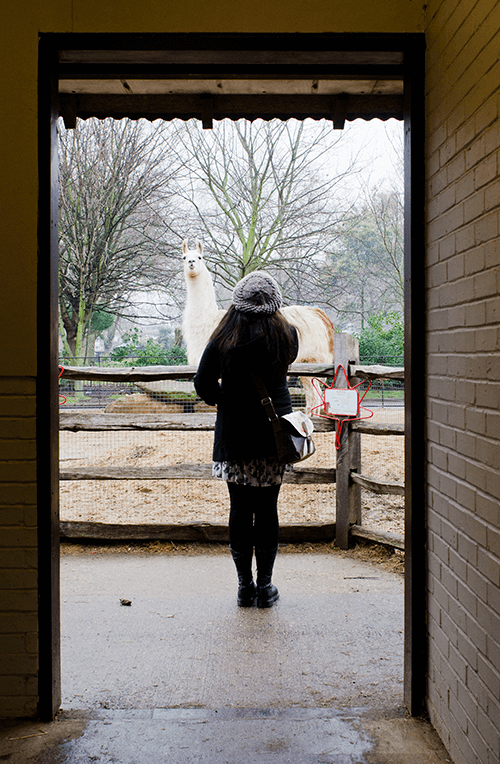 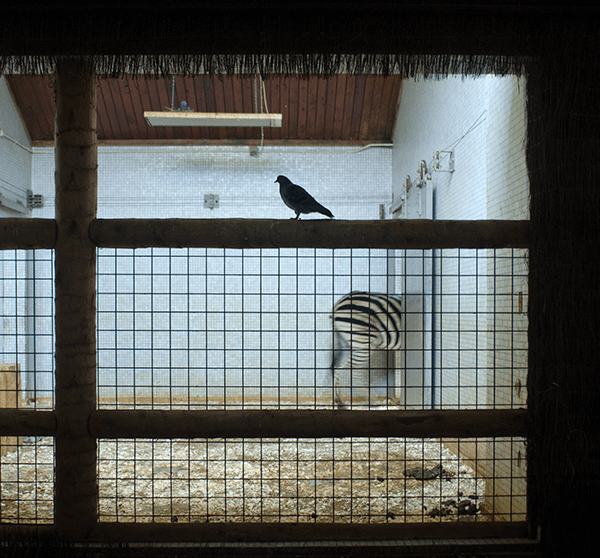 To summarise, light provides information for orientation, safety and surveillance, interpretation of social signals, identification of resources and awareness of hazards. Whether it is the changing colour of light associated with sunset or storms, the movement of fire or lightning, the brightness in the distance that aids planning and movement, or the sparkle of light off water – all these aspects of light have played a role in helping our ancestors make decisions about where to go, how to move through the environment, what to eat, and how to avoid dangers. 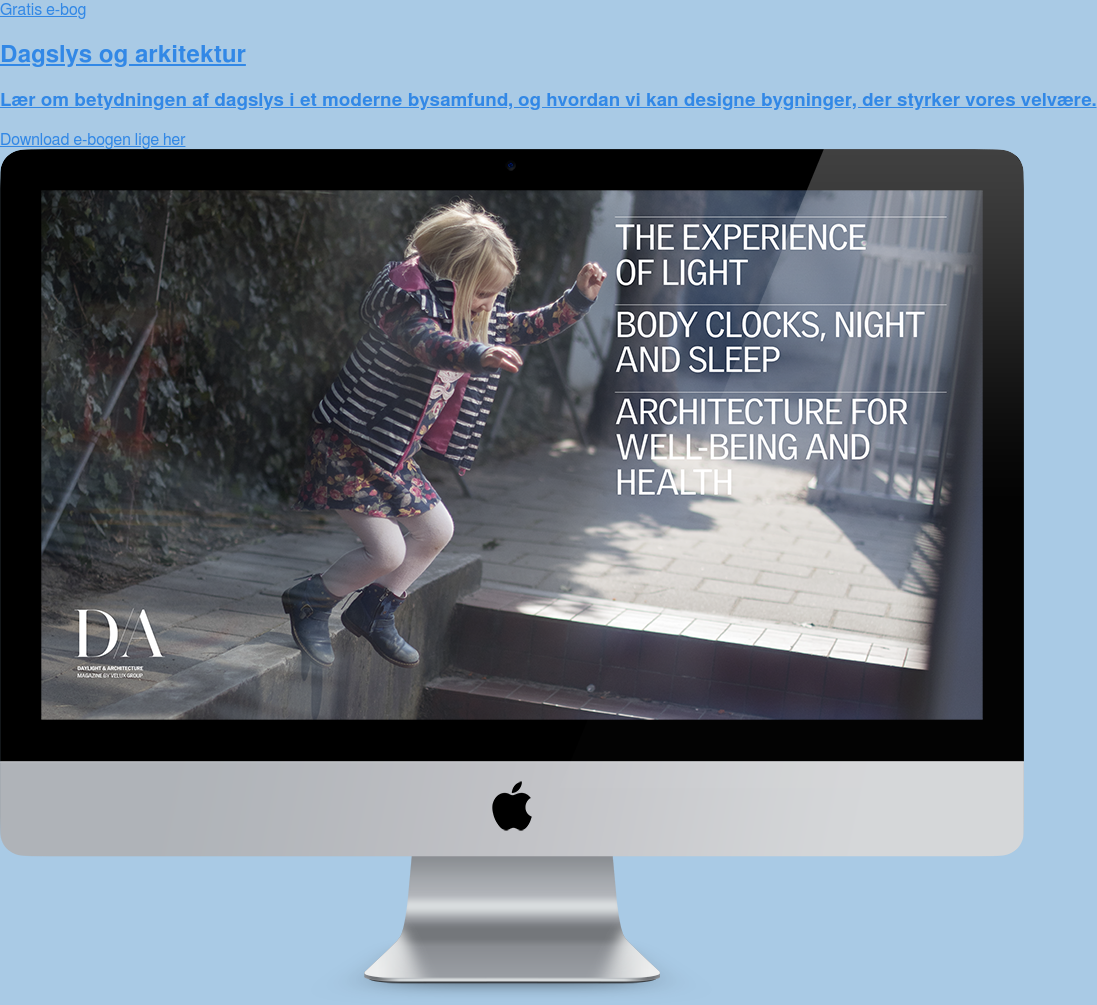 Human experience of daylight in the built-up environment

Views towards the outside are among the most important criteria for the acceptance of buildings. While providing variety within the everyday routine of life, they also help to prevent feelings of claustrophobia. Given Homo sapiens' immersion in a naturally-lit environment during our evolutionary history, it is not surprising that building occupants enjoy the very features that characterise daylight in natural landscapes.

Research on office buildings shows a high preference for daylit spaces and for specific features of daylight. A study of seven office buildings in the Pacific Northwest (Heerwagen et al, 1992) shows that more than 83% of the occupants said they “very much” liked daylight and sunlight in their workspace, and valued the seasonal changes in daylight. Interestingly, daylight design generally aims to eliminate direct beam sunlight from entering work areas due to glare and heat gain.

When the data were looked at with respect to the occupant’s location, 100% of those in corner offices said the amount of daylight was “just right,” as did more than 90% of those along the window wall in spaces other than the corner offices. Even those located in more interior positions were satisfied with the daylight, as long as they could look into a daylit space.

Natural light at the place of work is not only a question of seeing. Surveys have shown that people place great value on daylight even when it is actually detrimental to vision.

We know that people like to be in daylit spaces and that they like indoor sunlight. However, when occupants in the above study were asked about light for work purposes, only 20% said daylight was sufficient for work. The vast majority said they used electric ceiling light “usually” or “always” to supplement daylight. Even those who rated daylight as “just right” also used electric lights regularly. Although the reasons for this situation are not clear, anecdotal evidence suggests that occupants also supplement daylight with task lamps. It is possible that electric light, whether ceiling or task, reduces lighting contrasts on work surfaces that make some visual work difficult. 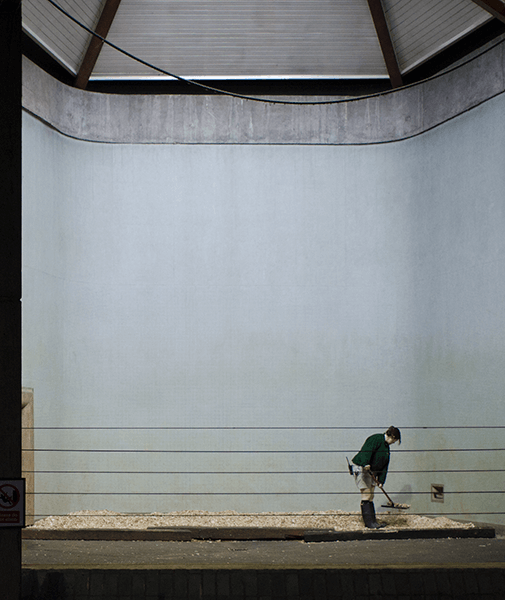 A post-occupancy evaluation of the first LEED Platinum building in the US, the Philip Merrill Environmental Center, shows very high satisfaction with daylight, despite concerns with visual discomfort (Heerwagen and Zagreus, 2005). This suggests that people may value the psychological benefits of daylight even when daylight creates difficulties for work due to glare and uneven light distribution.

Certainly, the kinds of visual tasks we perform in today’s work environments are very different from our ancestors’ daily tasks. Cooking, tool making, conversing, foraging, and hunting could be effectively carried out over a wide range of luminous conditions. In contrast, reading and computer work requires a much greater degree of visual acuity that may be more difficult in some daylit environments. Yet, a uniformly lit environment that may be appropriate for office work lacks the psychological, and perhaps biological, value of daylight.

Attitudes toward Daylight and Electric Light

A study of office workers in a Seattle high-rise building asked respondents to compare the relative merits of daylight and electric light for psychological comfort, general health, visual health, work performance, jobs requiring fine observation, and office aesthetics (Heerwagen and Heerwagen, 1986). The results show that the respondents rated daylight as better than electric light for all variables, especially for psychological comfort, health and aesthetics. They rated daylight and electric light as equally good for visual tasks.

More recent research in a Pittsburgh hospital actually measured room brightness levels. Walch and others (2005) studied 89 patients who had elective cervical and spinal surgery. Half the patients were located on the bright side of the hospital, while the other half were in a hospital wing with an adjacent building that blocked sun entering the rooms. The study team measured medication types and cost as well as psychological functioning the day after surgery and at discharge.

The researchers also conducted extensive photometric measurements of light in each room, including light levels at the window, on the wall opposite the patient’s bed, and at the head of the bed (which presumably would have been at or near the patient’s eye level). The results showed that those in the brighter rooms had 46% higher intensity of sunlight. Patients in the brightest rooms also took 22% less analgesic medicine/hr and experienced less stress and marginally less pain. This resulted in a 21% decrease in the costs of medicine for those in the brightest rooms. The mechanisms linking bright light to pain are currently unknown, however.

Other potential benefits of indoor daylight include improved sense of vitality, decreased daytime sleepiness and reduced anxiety. For example, a large-scale survey of office worker exposure to light during the winter in Sweden shows that mood and vitality were enhanced in healthy people with higher levels of exposure to bright daylight (Partonen and Lönngvist, 2000). Another study shows that a half-hour exposure to bright daylight by sitting adjacent to windows reduced afternoon sleepiness in healthy adult subjects (Kaida et al., 2006). In that study, daylight levels ranged from about 1,000 lux to over 4,000 lux, depending upon sky conditions. Kaida et al. found that daylight was almost as effective as a short nap in reducing normal post-lunchtime drowsiness and increasing alertness. 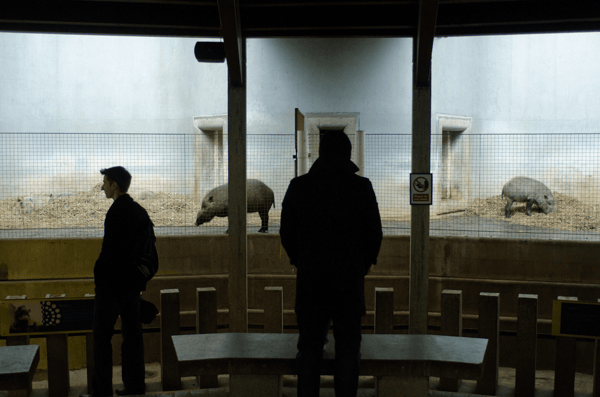 E.O. Wilson popularised the term “biophilia” in 1984 with the publication of his book, Biophilia. In it, he describes biophilia as the human tendency to affiliate with life and lifelike processes. Wilson never fully explained what he meant by “life-like processes.” However, if we consider the characteristics of life, we can look at daylight as sharing some of these features.

Daylight grows over the course of the day as the sun moves across the sky, it changes in colour and intensity, it provides sustenance for life, its absence at night provokes behavioural change, and the lengthening day after the long winter months evokes joy and a sense of well being. Wilson and others describe biophilia as an evolved adaptation linked to survival. The evidence cited in this article suggests that daylight, in addition to being “life-like,” has deeply-seated health and psychological

benefits that may be difficult to support in electrically-lit environments. Clearly, we can design interiors with electric light that changes intensity and colour over time and that mimics other features of daylight. But will it feel the same? Can electrically-lit environments provide the same biological benefits as daylight? We don’t yet know the answers to these questions, but we do know that such efforts would be more energy intensive and more costly.

The life-like and life-supporting qualities of daylight strongly suggest that daylight is a basic human need, not a resource to be used or eliminated at the whim of the building owner or designer. The presence of daylight and sunlight in buildings clearly affects our psychological and physiological experience of place. Its absence creates lifeless, bland, indifferent spaces that disconnect us from our biological heritage.